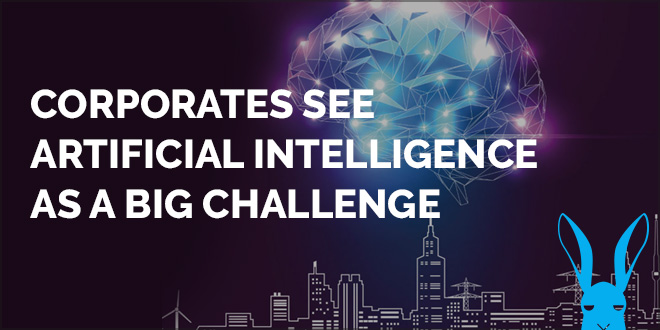 Unless you’ve had your head in the sand the past couple of years, all of the big technology companies are pushing Artificial Intelligence hard. Even the latest keynote from Apple used the Machine Learning buzzword countless times.

Machine Learning is a subset of the broader umbrella that is Artificial Intelligence, Machine Learning is the big component behind Big Data Analytics but in essence uses patterns and trends to predict the next pattern but it requires massive amounts of data to do so.

Another one, you may of heard of is Deep Learning, which is what was used to crush the worlds Best Go Player. It was created by a company called DeepMind (which of course is owned by Google). This was hailed as a massive leap in Artificial intelligence due to the sheer complexity of moves that the Chinese based Go board game requires and that raw computing power wouldn’t be able to win on its own. The Ai had to be self aware.

But why is it a Big Challenge for corporates?

Not only is there an inherent skill shortage due to the incredible pace of innovation, where even Bill Gates recently suggested that Uni students should study Biotech, Energy or Artificial Intelligence due to his view that these will be the biggest disrupters of industries.

But Artificial Intelligence requires a whole new way of thinking. How do you integrate it into the existing monolithic business model of corporate companies?

As a result Ai will start to favour small agile companies allowing them to innovate with Artificial intelligence at the heart of their company and you’ll start to see small companies have meteoric rises.

So it is not surprising that in a recent survey that 73% of CEO’s of Fortune 500 see it as a major challenge.